New research reveals that women who consume foods containing flavonols and flavanones (two forms of dietary flavonoids) cut their risk of developing epithelial ovarian cancer.  This is amazingly good news for women, because ovarian cancer is currently the 5th leading cause of cancer death among women.  About 20,000 women in the U.S. are diagnosed with ovarian cancer each year.

Ovarian cancer is one of the deadliest of all cancers affecting women.  One of the reasons this type of cancer is so terribly dangerous is that it is nearly impossible to detect early.  Only about 19% of ovarian cancer is diagnosed before the cancer has spread, after which point treatment is usually not effective.

Making matters worse is the fact that the ovaries are tiny organs located deep within the abdominal cavity.  This makes it extremely difficult to pinpoint symptoms specific to the ovaries.  Sadly, such symptoms are all too often mistaken for other far less serious health issues until it is simply too late.

The UEA study followed the dietary habits of 171,940 women between the ages of 25 and 55 for more than three decades.  The research team found that those who consumed food and drinks high in flavonols were less likely to develop ovarian cancer.

Flavonols are found in…

Consumption of flavanones was also associated with lower incidence of ovarian cancer.

Flavanones are found in …

The UEA study was the first large-scale study to examine how the substances in black tea and citrus fruits and juices affect the risk of ovarian cancer.  The study’s authors concluded that very simple and inexpensive changes in food intake could have a drastic effect on reducing ovarian cancer risk. 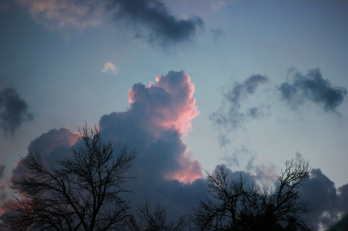