Millions of honeybees are dead in Dorchester County, South Carolina, and local beekeepers say the mass death was a result of the county spraying the area with the controversial pesticide naled on Sunday afternoon in an effort to combat Zika-spreading mosquitoes. 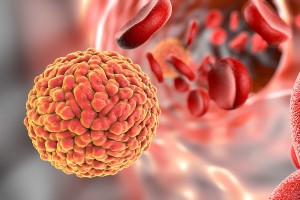 A Clemson University scientist collected soil samples from Flowertown on Tuesday,according to WCBD-TV, to further investigate the cause of death. But to the bee farmers, the reason is already clear. Their bees had been poisoned by Dorchester’s own insecticide efforts, casualties in the war on disease-carrying mosquitoes.

A single apiary in Summerville, South Carolina lost 2.5 million bees in 46 hives, according to a local resident’s comments on Facebook. Kristina Solara Litzenberger said that visiting the apiary after the spraying “was like visiting a cemetery, pure sadness.”

“[W]ithout honeybees we have no food,” Litzenberger added. “Additionally, one can only deduct that if that much damage was caused to the bees, how will this affect people, wildlife, and the ecosystem?”

Beekeepers are supposed to be warned prior to any pesticide spraying, so that they can cover their hives to protect them. But local bee owners say they were not given any warning about Sunday’s spraying, according to the local news station WCBD—and this was also the first time the community was subjected to aerial spraying, rather than spraying from trucks.

“Had I known [about the spraying beforehand] I would have been camping on the steps doing whatever I had to do screaming no you can’t do this,” a beekeeper told WCSC, another local station.

“I was angry that day, I just couldn’t wrap my head around the fact that we spray poison from the sky,” Andrew Macke, another beekeeper in Dorchester County, told WCBD.

Tiffany Finck-Haynes, food futures campaigner at Friends of the Earth, observed in an email to Common Dreamsthat “widespread pesticide use has led to unintended consequences in the past, and has great potential to damage both public health and the environment. To tackle unwanted pest problems, it is important to primarily employ alternative pest management strategies that focus on pest prevention through cultural, biological, structural, and mechanical means, and use toxic pesticides only as a last resort.”

And naled is a particularly dangerous pesticide, as the Miami Herald reported earlier this month:

Several studies suggest that long-term exposure to even low levels of naled can have serious health effects for children and infants as well as wildlife, including butterflies and bees, for whom exposure can be lethal. Some studies suggest it might have neurological and developmental effects on human fetuses, including on brain size, echoing the severe consequences that eradication of the Aedes aegypti mosquito that carries the Zika virus is meant to prevent.

While the EPA brushes aside concerns that naled is harmful to honeybees and to humans, the EU banned the chemical’s use in Europe in 2012 because its research found that pesticides containing naled “pose a potential and unacceptable risk to human health and the environment.”